Lo graduated in 2018 and then wanted to work with something that clearly affects her great passion, horses. Hogsta Ridsport was therefore quite perfect, because she has the chance to learn about everything from feed to equipment while at the same time being surrounded by knowledgeable horse people.

In 2013, Lo moved with her pony to Hogsta and has since been here. Today she is standing at the riding center in Louise Nathhorst stable with her horse Welton Five f.2001 e. Weltman – Maraton. Lo has had Welton since December 2016 and during their time they have competed with the national team both as a junior and as a Young Rider. They have made several international starts together, including in Aachen and in Aalborg. Welton is a fantastic teacher who loves to compete and show off, he always thinks he is the best and best looking. In the stable, Welton is also a master of begging and always manages to trick you into giving him candy.

In 2019, Lo and Welton are part of the YR National Team's challenger group and hope for a fun season where both will stay healthy. The season started in the Polish Sopot where it was two wins, including 73.5% in the YR Freestyle. 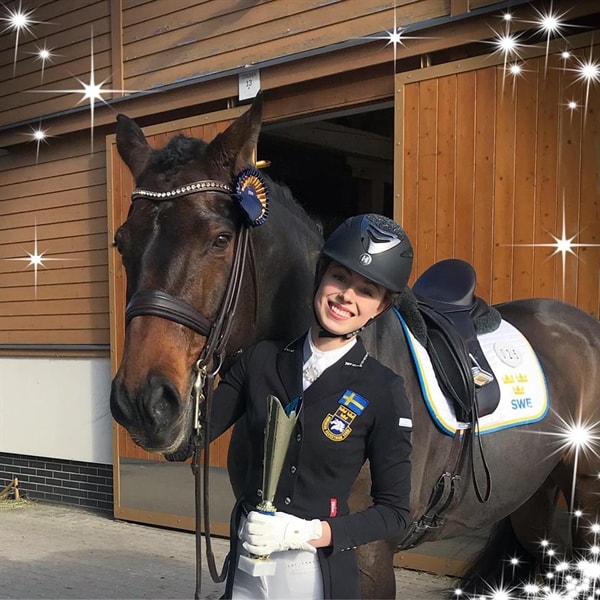 Hi, we use cookies to make this site work better for you.